An Hadoop application is composed of many independent components and resources:

Current deployment tools do not provide plugins for Hadoop components. And each component has its own configuration and authorization system, designed and implemented independently.

HADeploy is designed to solve these issues. Thus facilitating the adoption of Continuous Integration and Continuous Deployment practices in the Hadoop world. 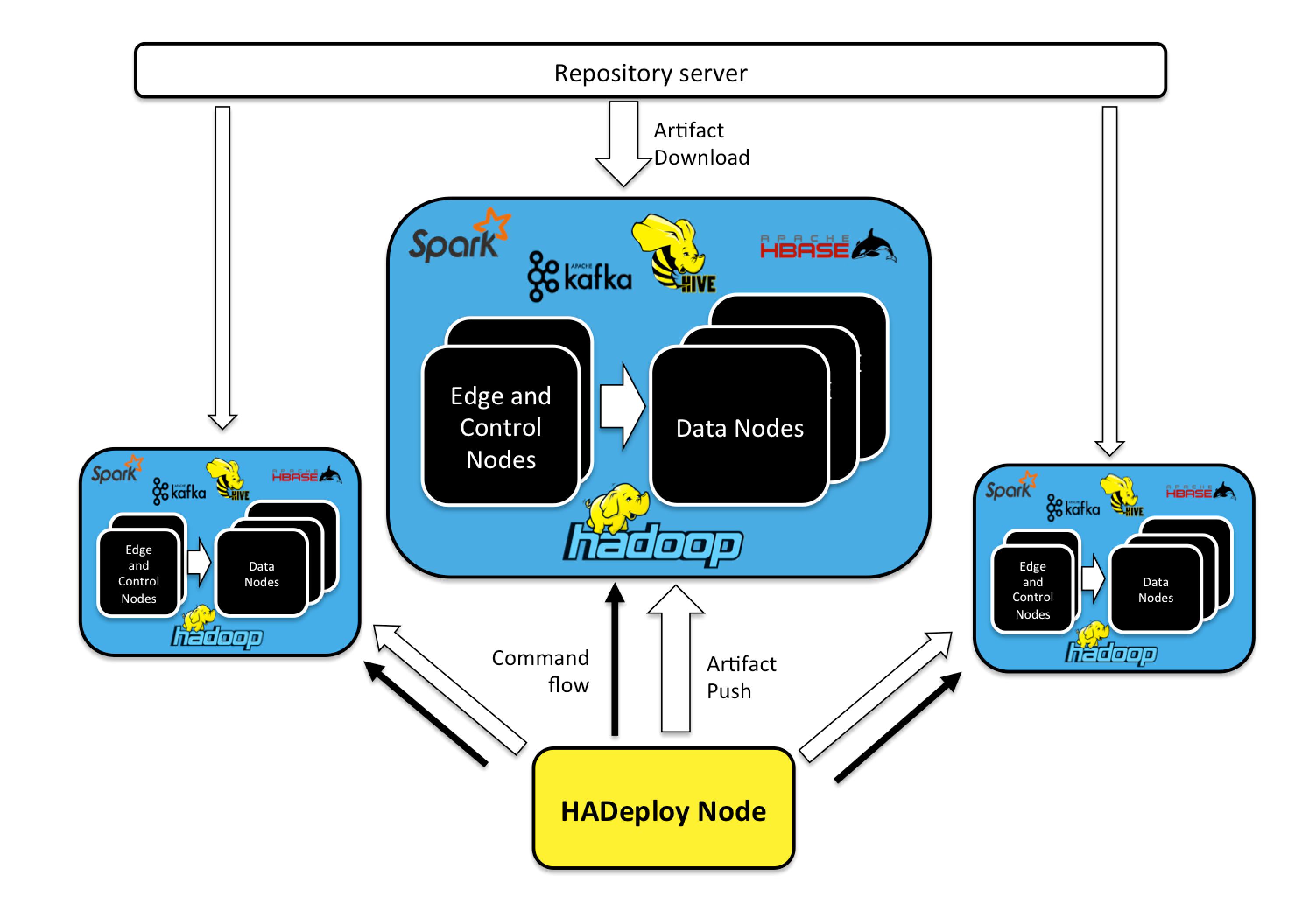 HADeploy can be installed on an dedicated node, or on a user’s workstation. From this node, it will issue appropriate commands to be executed on the different nodes of the target cluster.

It will also push application artifact, or trigger artifact fetching from any repository server (Nexus, Artifactory, Jenkins, or a simple Http server).

A single HADeploy installation can deal with multiple clusters.

An application can be fully described in a single file, along with all their required components and resources.

The Application Manifest model is agnostic to the target physical infrastructure. The target cluster is defined in a separate file that will be accessed at deployment time, and that can be used for all application deployments on this cluster.

HADeploy embeds the lightweight Ansible tool as its main execution engine. By doing so, it benefits from the idempotence principles at the core of Ansible design. As with Ansible, you will be able to run the same application deployment multiple times and expect the same result. If the application is in the expected state on the target cluster, then HADeploy will not perform any actions, but simply display that it is satisfied with the current state.

HADeploy is a purely descriptive tool. No programming is required. Admins define the expected state of the application and let the tool perform the reconciliation between expected and actual state.

A typical deployment pattern allowed by HADeploy is to define ‘Application Container’, or ‘Application Corridor’. Then several instances (or versions) of an application can be installed and run in parallel.

HADeploy is Kerberos friendly and will happily deploy applications on your secured cluster.

Since HADeploy knows about all the components of your application, it provides a REMOVAL mode that will restore the target cluster in its initial state.

From here you can search these documents. Enter your search terms below.